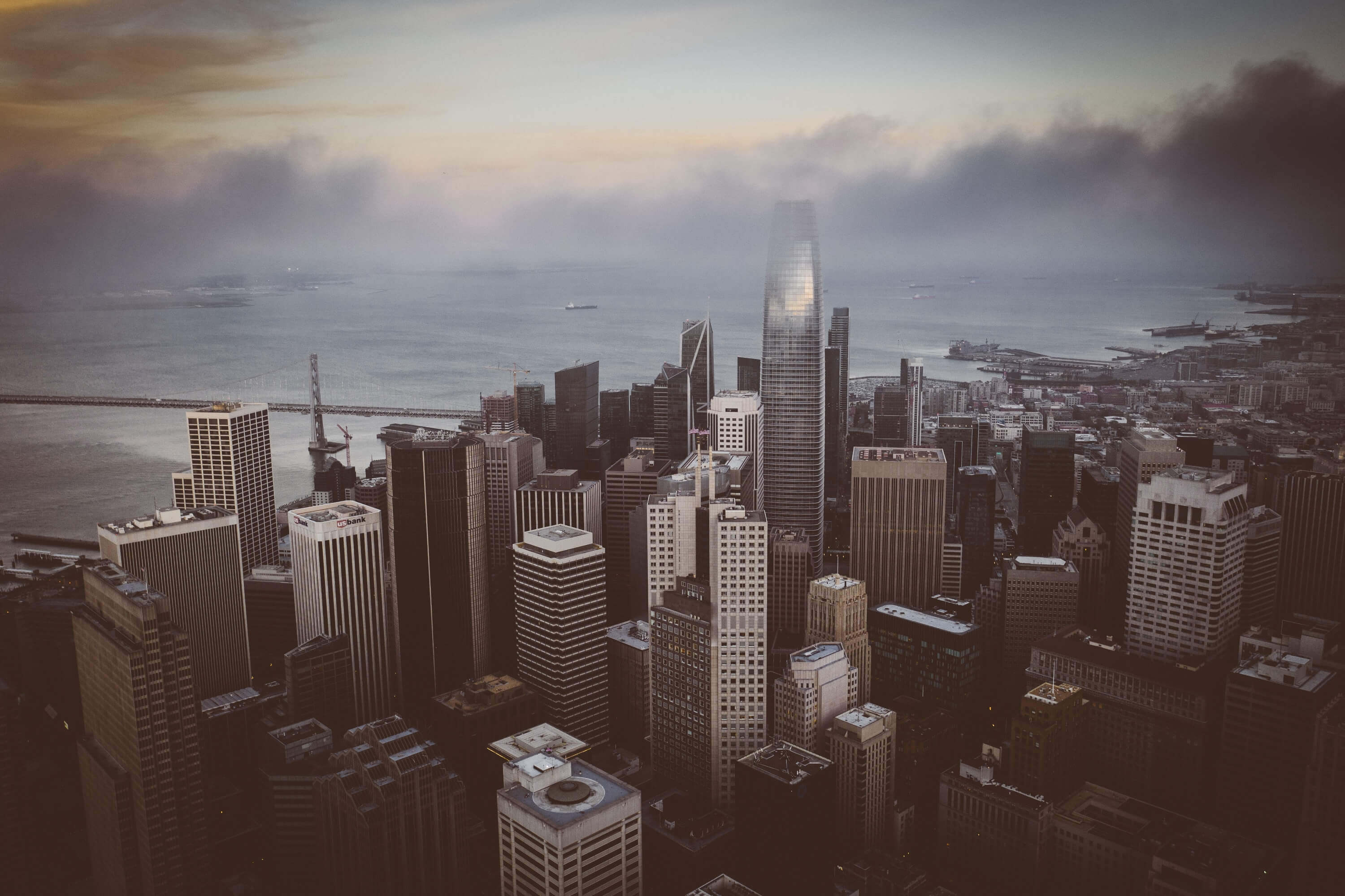 You ask any tech expert his dream place to work in, and the reply will be Silicon Valley but living this dream is neither easy nor feasible for everyone. If you are energetic, passionate, and eager and your life revolves around algorithms, data, and codes, and you wish to be in the best tech hubs in USA, this blog is especially for you. Here you will get to know about plenty of best US Tech Cities, or rather I would say best Tech Hubs in US, other than Silicon Valley; that have thriving tech communities, startup tech companies, software development companies , and best universities that provide plenty of opportunities to all tech geeks.

Capital of North Carolina, Raleigh, is becoming one of the most desirable tech cities in US. The city is part of the enchanted research triangle and is undoubtedly one of the major tech hubs in the southeast United States. North Carolina State itself is very tech-focused as more than 23% of students there pick one or other types of engineering as their major. The city of Raleigh has some great schools and tech universities in close proximity, which includes top-rated universities like the University of North Carolina at Chapel Hill and Duke, which are just 40 minutes away. According to U.S. News, the University of North Carolina is the 8th ranked University in the United States which also makes it one of the prominent tech hubs in US. Apart from world-class institutes, Raleigh hosts several established tech companies such as LuLu, Citrix ShareFile, and Cree Inc. , whereas startup tech companies are also setting their foot in the capital of North Carolina. So, if you wish to be in one of the most exuberant tech hubs in USA, this is the place where you should be.

If Mark Zuckerberg is your ideal, then Cambridge is THE tech hubs in USA you should be in. Do you know it’s the tech hubs in us that hosts two most prestigious universities in the world, i-e, Harvard and MIT?  If you are not aware, then Facebook was generated in one of the dorms of Harvard. Some of the key biotech employers in Cambridge are Biogen, Novartis, Genzyme, and Takeda Pharmaceuticals whereas the presence of organizations in Cambridge, like Draper Laboratory and the Broad Institute hints towards a resourceful research and development scene in one of the prominent US tech cities – Massachusetts.

How promising the future for tech geeks in Seattle is can be judged from the fact that the average salary of people in tech is $105,059. Seattle hosts some of the largest tech companies of sky-high caliber like Microsoft, Amazon, Tableau and Smartsheet, Zillow , and Redfin. Apart from these biggies, there are tech companies like TUNE, Rover, Auth0, RealSelf, Remitly, SkyKick , and plenty of others that are transforming the worlds of cyber-security, business operations, IoT development, and gaming through cutting-edge technologies and resolving incredibly difficult problems effortlessly. It is indeed one of the tech cities in US.

4) San Diego – One of the Leading Tech Hubs in US:

The first word that comes to mind after San is mostly Francisco, but Diego is not far behind when it comes to advancement in US tech cities. One of the notable technology projects of San Diego is the three-year testing program of commercial drones. This ground-breaking project will stretch the boundaries of commercial drones and will bring them into real-world environments; soon there will be drones delivering food and medical specimens. Other domains that will incorporate services of commercial drones include international border security and commerce, autonomous and smart city vehicle interoperability; package delivery; and public safety. City’s tech roots are strengthened by the presence of one of the largest tech companies, Qualcomm and plenty of tech startups from which more than 170 are part of the EvoNexus incubator. So, if you have somehow made your way to the technology world of San Diego, you are expected to get an average salary of $103,846.

Looking for a management job in a software development company or starting a tech startup, then Minneapolis is the ideal place for you. No wonder you dreamed of Silicon Valley, but living and starting a business there is no more feasible because of the increased cost of living, which is difficult to manage even with a high salary. Minneapolis, because of its promising prospects, topped the Business.org list of top U.S cities for a startup. With average tech salaries of $103,271, you have innumerable opportunities there to work on your dreams and don’t forget that Silicon Valley wasn’t always the tech capital; it’s because of successful startups that it has achieved the status, so you never know next Microsoft, Amazon, or Facebook may be in the making in Minneapolis.

Though Dallas may be known for its corporate giants like Bank of America and American Airlines, it is not far behind in the technology field. Dallas has made up to the top hi-tech cities in the country according to Forbes because of the lower cost of living and higher job creation rates. More than 134,000 tech jobs were rolled out in the past 12 months by the Dallas-based companies which show that the tech future is very much bright in Dallas. Software development Engineers and Java Developers are the jobs that are high in demand in Dallas and there are chances that the number of IT jobs will increase by 10% in just five years and with a median salary of $93,098, the future of IT is bright in the “Big D”.

Atlanta is best known as “Atlanta Tech Village” which is among the top 5 largest tech hubs of the United States of America. Apart from being tech-friendly, the region is also entrepreneur-friendly, a win-win combination for startups. Fresh talent from top-notch institutes like Georgia Tech, Emory University, and Morehouse College is coming in the flourishing Atlanta tech ecosystem and strengthening it. The abundance of talent, low cost of labor and amicable business environment is strengthening Atlanta as the best tech city in us. Highly demanded fields in Atlanta are Software Development, Java Development, and Data Analysis and there are chances of a 7% increase in their jobs in just five years. Diverse tech ecosystems, entrepreneurs from diverse backgrounds (who’re reinvesting into the community) and low cost of living are aiding in the growth of Atlanta as an IT hub.

Denver is no newbie in the technology industry. Denver Tech Center has been functional since the 1970s and since then it has encouraged and assisted plenty of technology companies to settle in the city. It is because of contributions of cities like Denver, that Colorado has become the 5th growing state in the country. The projected growth rate of the IT industry in Denver is 11% in the next five years which is quite impressive. The most in-demand jobs in Denver nowadays are of software development and engineers and the median annual income of an IT expert in Denver is $97,719.

With NASA’s Marshall Space Flight Center, US Space and Rocket Center, and Army’s Aviation and Missile Command Center in Huntsville, the city is popularly known as the Rocket City. But the low cost of living there has been encouraging tech startups and mature businesses to invest there & turn the city into a best tech city. Groups like Urban Engine are also providing necessary resources to entrepreneurs to get started in Huntsville. Huntsville is witnessing a steady growth in the tech industry, and the tech jobs are expected to increase by 6% in the coming five years.

Charlotte can be stated as one of the tech hubs USA because of its growing technology industry and the intensifying interest of businesses in the flourishing tech scene. IT pros are flexing their entrepreneurial muscles and can earn an annual median income of $91,617. Developers, software engineers, and data analysts are in high demand here, and all this has projected an estimated 9% growth in the tech industry by 2024, which is highly promising.

With several tech companies relocating to Austin, the tech scene is only witnessing an upward trend here. Already home to the largest technology companies like Dell, IBM, Google and Apple, Austin is drawing several new IT companies to its region and one of the notable new additions is Zoho, a competitor of Microsoft, who is planning to relocate its headquarter in Austin. Austin because of its progressive nature and out-of-the-box thinking is a favorite of newbies who are aspiring for something unconventional in the tech world. Several jobs in Austin are expected to rise by 4% in 2020 and a whopping 16% by 2024.

The all-inclusive tech-ecosystem in Baltimore is incorporating quality workforce development programs, funding efforts, and partnerships. This is making Baltimore one of the leading tech hubs USA. Women in tech in Baltimore have specially left their mark with their innovative work in tech and life-sciences sectors. From administrators to software development engineers and systems engineers, all sorts of tech experts are in high demand in Baltimore and with the annual median income of $100,080, we can safely state that the tech future in Baltimore is indeed bright.

You might be familiar with the top vacation destination named Tampa, but there are several other attributes to look upon in Tampa Bay apart from its museums and cultural offerings. One such aspect is the lucrative opportunities available there for tech startups making it a tech hubs USA. City leaders tried to shift the economy from traditional means to tech-savvy means and it’s rightly paying off. The city is witnessing a surge of tech startups and IT jobs are expected to rise by 6% till 2024; all this has been converting Tampa into a tech town, and the fact is acknowledged by everyone as Forbes recently named it among “Top 10 Best Cities for Young Entrepreneurs.”

In recent years, Jacksonville, a central tech hub in US has seen a steady upward trajectory in the tech world, then that surely is Jacksonville. Only Amazon alone has employed 4000+ employees here, and in the previous year, more than 22,500 IT jobs were rolled out in Jacksonville, and the rate is estimated to rise by 8% in the next five years. Other sectors like healthcare, financial technology, and advanced manufacturing are also witnessing exceptional growth, exhibiting the immense potential that Jacksonville has, making it the best tech city to dwell.

Boston indeed has made its mark with state-of-the-art technologies like Robotics, IoT , and AI development. The innovations in plenty of fields like healthcare and biotech have opened innumerable opportunities for the aspiring youth and an example of this is that only last year, more than 95,000 tech jobs were posted in Boston. Boston has featured plenty of startup tech companies, and with new businesses setting their foundations, opportunities seem to roll out, and there estimates to be 7% growth in IT-related jobs in the next five years in Boston. Boston indeed has made its mark as one of the major tech cities in US.