Home » Blog » More Business People Embracing DevSecOps, But What Really Is It?

More Business People Embracing DevSecOps, But What Really Is It? 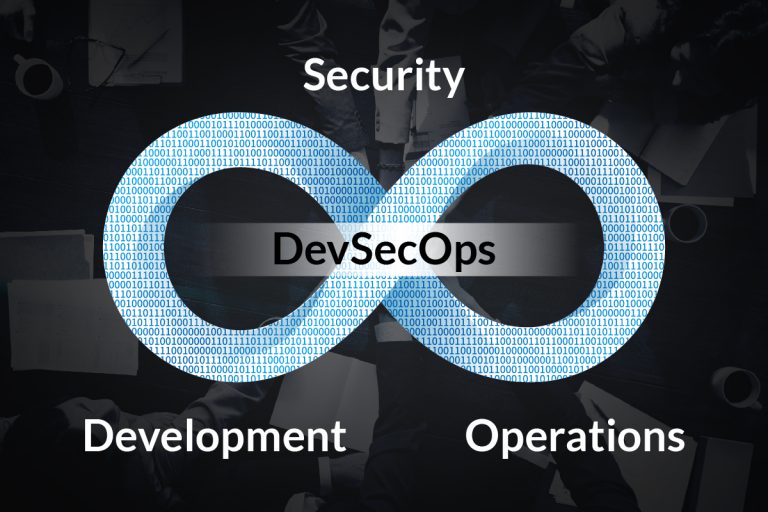 The collaboration between software developers and business operations departments was birthed, nurtured, promoted, and quickly christened DevOps. This whole process began back in 2007 and 2008 between the IT operations and the software development teams, more as a vocalization of the deep-running concern that the then blueprint software development process was dysfunctional, full of loopholes, and unnecessarily time wasting.

Teams quickly realized that DevOps philosophy resulted in a high-velocity software development process that also adeptly received and implemented recommendations from the operations with admirable fluidity. There was no time wastage anymore. Every member of the development team had a role to play as every module of the software solution was being made.

That was okay, and the software development and the business operations enjoyed some new found synergy that accelerated the software development life cycle, with businesses and their customers feeling more satisfied. DevOps solutions and services indeed revolutionized how things are done right from the conceptualization of a software idea, the cultural philosophies that surround it, and how it’s built stepwise, all the way to delivery, maintenance, updates, and upgrades.

Somewhere along the way, industry players got concerned about the exclusion of security in the DevOps solutions and services, only having it surface at a later stage. While this was happening, the software development environment had already morphed to a pedestal on which security had become the heartbeat of every system. That meant DevOps too had to morph. And indeed it did, transforming into a more comprehensive yet still efficient development process that was baptized DevSecOps.

What is DevSecOps and How Important Is It?

During the software development life cycle, where DevOps is used, the omission of security, policy, as well as terms and conditions in the core development process meant fatal exposure to system security risks, immediate or postponed. There was, therefore, an urgent call for a transformative upgrade to DevOps solutions and services to introduce security as an indispensable component of the development framework, right from the onset. And that meant DevSecOps.

Therefore, DevSecOps is the software creation philosophy that integrates generalized and specific security best practices into the most critical software development phase under the guidance of the DevOps mantra. So, just as cultural philosophy, technical development skills, and IT operations were methodically intermarried to conceive DevOps, so was security injected into DevOps to birth DevSecOps. Security, policy, and privacy have under DevSecOps been embedded into the software development process as inseparable elements.

Here are some of the characteristics of DevSecOps that make it a preferred method by many development teams.

DevSecOps isn’t dismantling DevOps. No. It’s more like adding salt to food. It’s a strategic approach to creating solutions through a streamlined process that captures quality, security, and user experience. Under DevSecOps, every security measure, including agreements that impact on software security such as non-disclosure agreements are addressed even as the actual writing of the code progresses.

How DevSecOps Has Salvaged The Software Development Process

Traditionally, software development was defined by serious bottleneck. The conceptualization of the software idea would come first and its documentation put together and shared with the software engineers. The engineers would then kick off the development procedure. Once complete, the resultant software would then be implemented. Working with such a model had too many back-and-forths. One flaw would result in another long cycle of writing code to address the issue. The security team would come towards the tail-end of the development process and they would often throw developers back to their workstations.

Updates and upgrades would more or less follow the same elongated process.

However, this all process changed with the advent and accelerated roll-out of DevOps solutions and services across many development environments. The subsequent clamor for DevOps revolutionized the entire process. It literally salvaged the hitherto impaired software development procedure in which the building of a single application unnecessarily took quite a long time.

But even with the increased velocity, security was still missing.

The absence of security markers in the cardinal part of the software development life-cycle was a shortcoming that, in some cases, jeopardized the entire process. And that’s what compelled active and concerned industry players to embed security into the development process.

The reasoning behind DevSecOps is that as soon as the software is forwarded for deployment, it should, on the bare minimum, be secure, fully functional, and reliable. Neither the third-party user nor the IT operations should be left fumbling with bugs, security blunders, or cyber surprises.

The reason why DevSecOps takes a very short time is because all the most important activities relating to the development are done more or less simultaneously. The security bit of DevSecOps is not about laid down rules, but just a way of working to boost security. It is just a culture.

DevSecOps is defined by the following processes.

Clearly, DevSecOps philosophy is not disrupting DevOps solutions and services. Instead, it’s adding value by ensuring that every software produced is ready in all aspects to serve the purpose for which it was developed without the fear of amateurish cyber hacks.