Home » Blog » Nokia is all set to reveal an Android phone, a report presents

Nokia is all set to reveal an Android phone, a report presents

Nokia, the old times cell phone leader is heard of revealing an Android-based device to the world, says a news agency. The buzz is near to the fact as the information further suggests that the phone will be officially launched at the Mobile World Conference that is held at the end of this month.

The cell phone maker has already confirmed a press during the event, and it is forecasted that the company will currently stop being attentive on Windows Phone. Presently called ‘Normandy’, the device is sure to unveil at MWC suggesting the Android’s ‘forked’ edition.

In place of building normal popular Android handset that can give access to Google mobile services, Nokia has plans to team up Microsoft services into their edition of OS and bring out a totally different app store which will show up most of the current Android app list. 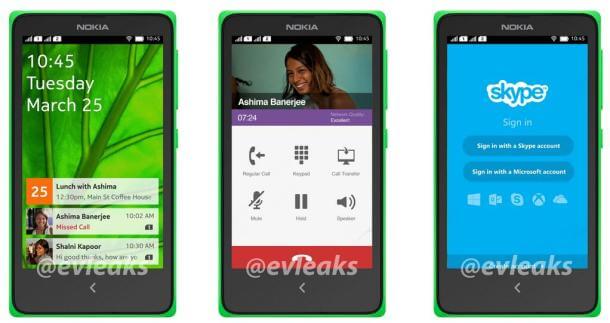 Nokia’s new Android device is reported to appear as the “Nolia X”, and will have the exclusive Windows Phone style UI that is motivated by Nokia’s earlier phone operating systems. World renowned apps like Facebook, Vine, WhatsApp, Skype, BBM, Twitter and WeChat are cited to operate on the OS, but with the help of a separate app store – like that of Amazon’s edition of Android seen on Kindle range. Still, the quantity of apps that would be accessible is not disclosed.

Looking at the reports including information and images of the Normandy, it is clearly seen that the device is formed in the same manner as that of Nokia’s Lumia phones, involving the normal range of bright colour options. The device is reported of being at a lower end, with inbuilt of 512 MB of RAM and 4GB of memory storage space. Price tag, further features, services etc will be disclosed later or maybe we have to wait till the month’s end to know what approaches.