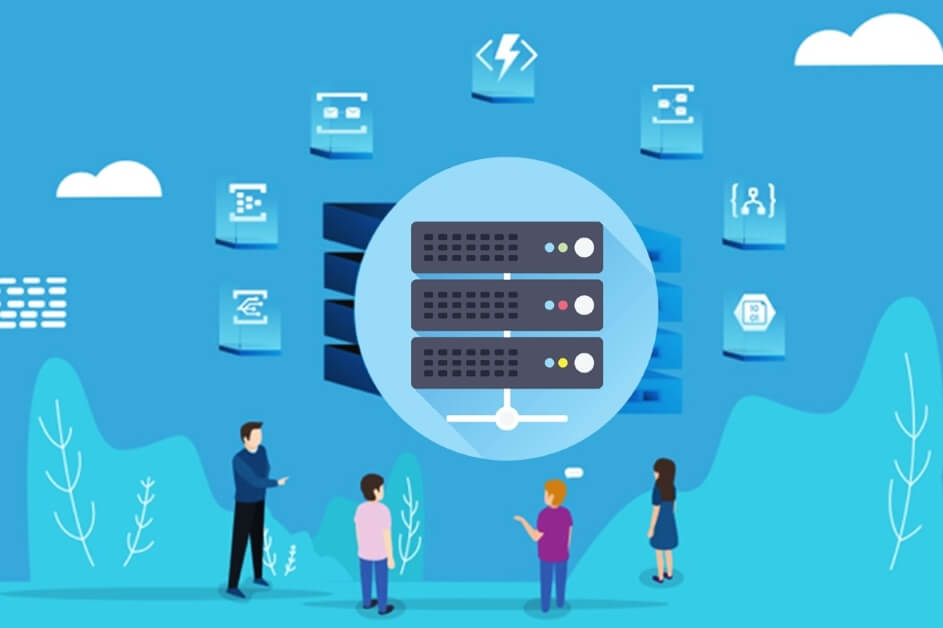 The concept of Serverless architecture has started to grow in popularity. For the past few years, it has rapidly emerged as a new technological concept. A number of experts have praised the efficiency and benefits which it offers. But others have openly criticized some of its shortcomings. Cloud vendors like AWS have gone been raving on about the architecture. People are discussing about it at various conferences and meetups, even on blogposts. It promises to provide businesses with impressive benefits and is affordable. A lot of people are being advised to trust the infrastructure but there is also some reasonable doubt.

Serverless Architecture promises to take a lot of work off our hands and allows businesses to focus their resources on other aspects. This means businesses could do more and grow easily. It would help to provide an ideal environment for business operations. Small businesses love their benefits because they are able to do a lot more with their limited resources.

In reality, Serverless is breaking ground and could soon become a threat to your server infrastructure. Notable companies around the world such as Telenor, Netflix, AOL, and Reuters make use of the Serverless. Serverless has all it takes to become a top choice but it may not all be smooth sailing. There may be some scenarios where the use of Serverless may be considered inappropriate. However, what really is Serverless architecture?

In this guide, we’ll be taking a step-by-step look at what Serverless architecture is.

What is Serverless Architecture?

Serverless Architecture is a cloud computing execution model in which the cloud provider can easily manage the allocation and provisioning of servers. A serverless application is housed in stateless compute containers. These containers are triggered based on events, are ephemeral and completely controlled by the cloud provider. The pricing of this infrastructure is dependent on the number of executions. Basically, it is what every business out there has been waiting for. As a brand, it means you have the chance to do other things.

The serverless application is completely cloud-based. Here, app development is based on cloud-hosted remote procedure calls, client-side logic, and third-party services. This infrastructure is known to be available as a service. A lot of top cloud providers around the world have invested a lot of money in Serverless. This enough gives you the assurance that it will experience a good amount of expansion. A lot of development will go into it and it may become of the most used services for years to come.

Now the term “serverless” does not necessarily mean that there are no servers used. The term means that the servers used by these companies are not bought or rented. The management of the servers is left completely to a third-party. Serverless is written in conjunction with traditional server styles. For instance, a web application could be written as partly microservices and a serverless code. Also, applications can also be developed which will rely completely on the serverless infrastructure. It depends completely on what you want.

These are some of the following cloud services which have supported the development of Serverless Architecture. They include;

The features of serverless architecture include,

Serverless Architecture has been introduced to help businesses get access to more productivity. With its development, a business can now focus on app development. Also, businesses don’t have to pay much on development costs. The development cycle is also shortened. The promise of having an ideal business setup.

The development of serverless was known to pass through different notable milestones. These milestones include;

For some time now, a lot of applications have been running on servers. But using these servers; means that you have to constantly patch, update and look after all the time. Failure to watch applications which run on traditional servers are prone to different types of errors. As long as you’re going to manage the functionality of your app, the whole responsibility of this app is on you. With serverless architecture, you don’t have to worry about any servers. Cloud providers manage these servers. A lot of brands are now having a problem deciding between Serverless and traditional servers. But the truth remains that serverless is only useful in certain scenarios.

Why use Serverless Architecture?

The big deal about serverless architecture is the degree of functionality which it promises to businesses. When you make use of serverless, you hand over all forms of control to a third-party. It offers developers a good deal of flexibility, faster speed, more functionality, and reduced cost. By making use of serverless infrastructure, developers do not need to worry at all. They do not have to purchase, provide or manage backend servers. However, do not think serverless architecture is a magical solution to make your business thrive. It would be advisable that you make your research and find out the pros and cons before opting for it.

Contact us, If you have a project idea, we would love to help you with it! Send us a message with your ideas and our representative will contact you shortly.

When Serverless Architecture is not the right choice?

It is not in every scenario that serverless architecture is the right choice. There are sometimes where it would just be inappropriate to apply it to certain key aspects of running a business. It should also be noted that Serverless architecture should not be perceived as a magical solution to all the problems that face businesses.

Networking. Serverless architecture is designed such that they are only accessible via private APIs. To access this, then you need to have created an API Gateway. This doesn’t mean that you have to pay extra to access the functions of your infrastructure. Traditional servers are easily reachable via the usual IP. There’s no need for any extra processes. With the use of traditional servers, there’s no need for any special media to access it with; no gateway.

Third-party Dependencies. If your projects are set up without any external redundancies, then it has to rely on libraries built in the language in use. A number of libraries are known to possess more functionality than others and as such, they are heavier and take up a lot of space. It can be a problem when you have to package dependencies into the application itself. When dealing with a few numbers of dependencies, serverless architecture can easily be applied. However, when dealing with more dependencies serverless architecture may become difficult without the right access.

This isn’t the case with traditional servers and their setup.

Timeout. Serverless Architecture is known to have a 300-second timeout limit. This can be quite difficult to keep up with. Functions that take to long to run are bad for serverless architecture. It is even impossible to apply in certain tasks. It can be difficult to use with applications that have long and unspecified execution times. Also, if the application requires any input from an external source it makes serverless architecture a bad choice.

Serverless architecture is useful for the following scenarios or examples. These scenarios include;

Event-Triggered Computing. If you’ll be having a lot of devices trying to access a variety of files, serverless architecture can be quite useful. For instance when you have Phones and PCs uploading text, image and video files.

Elastic Resizing for Live Video broadcasting. Serverless architecture is a great choice for video broadcasting scenarios. With the use of this infrastructure, it is possible to view multiplexed and synthesized videos in real-time. In certain live videos, the host is able to interact with multiple audience members through their mics. The host can also connect multiple audience members to the screen.

IoT Data Processing. Serverless Architecture can be applied to suit an Internet of Things scenario.

Other notable serverless architecture examples include;

If you’re looking to optimize your structure making use of serverless, there are a variety of reference applications all over the world.

Serverless Architecture has been developed over time. It offers a system in which traditional servers are absent. AWS Lambda played a quite imports t role in the development of this infrastructure. In 2014, AWS Lambda was the main driving force behind serverless architecture. A lot of other cloud-based companies and other tech giants have expressed interest in contributing further to its growth.

There’s a lot of room for growth and functionality with Serverless architecture aws. It supports a variety of languages such as Python and JavaScript. The number of real-life applications is on the increase.

Looking for AWS Lambda app development company? Contact us today. We can help you with quick and easy deployment of scalable web apps with rich user interfaces.

What do software developers get to enjoy when making use of this infrastructure?

Earlier, it was mentioned that serverless was the key to an ideal business. Let’s take look at some of the benefits which it offers businesses.

Serverless Architecture is a lot. It promises a lot and certain businesses or brands have started to enjoy some of these benefits. Surely, a lot of others will join soon. But before hurrying to discard your servers, understand that serverless doesn’t work for all applications. Asides that, you can expect it to become a major option for a lot of us.

Serverless Architecture is a cloud computing based execution model in which the cloud provider manages the allocation and provisioning of servers. A serverless application is housed in stateless compute containers.