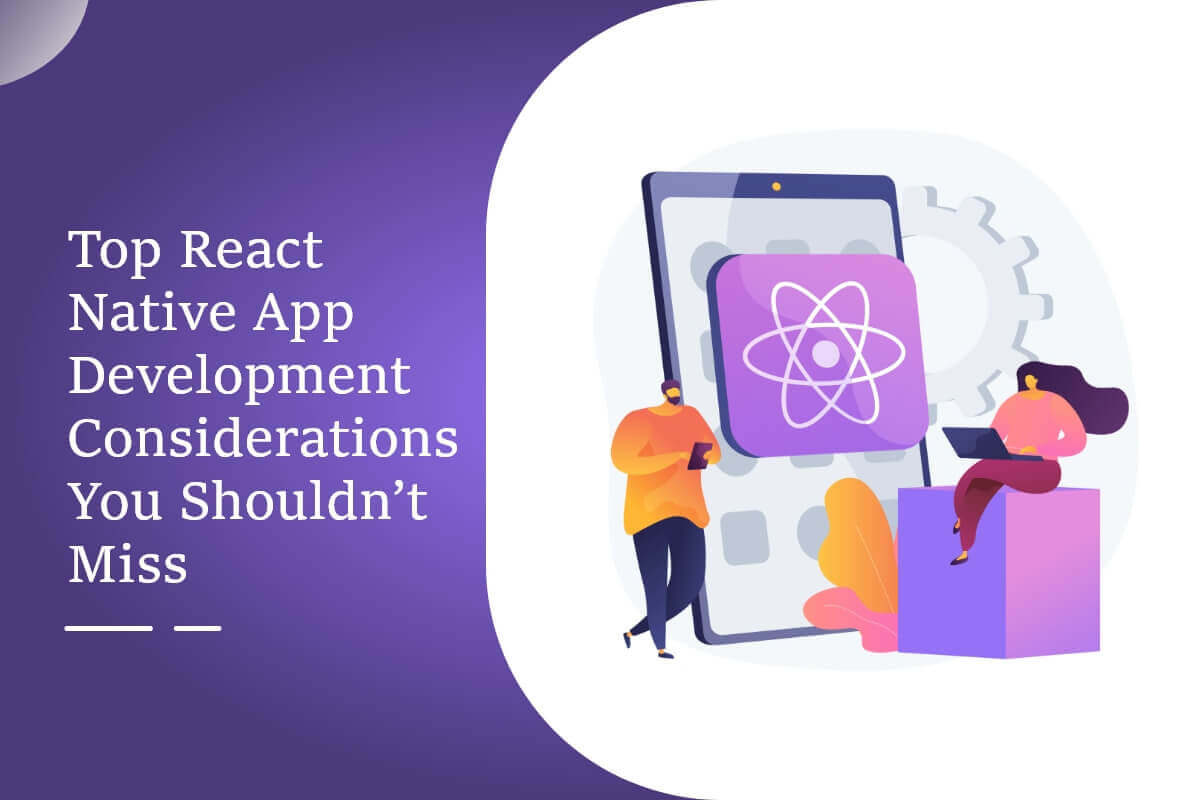 In this digital age, software developers work hard to create mobile applications that run fast and efficiently, especially since performance, speed and swift tools are essential for every mobile application. The appealing user design and straightforward development have inspired mobile app developers to use CSS, JavaScript, HTML5 or React Native to construct the app. In this post, we have shared how different is react native from react, the pros/advantages and cons/disadvantages, companies using react native, can we use it for web development and much more.

To begin with, today’s main topic, why utilise react native for web development, the open-source framework created by Facebook? It can accelerate development and improve the functionality of cross-platform programs by employing JavaScript as its primary programming language.

React Native is ideal for creating mobile apps. It is more convenient than designing native and hybrid apps in terms of cross-platform compatibility, stability, scalability and performance. React native app development also ensures a seamless and responsive user interface and allows for the easy integration of third-party plugins and APIs.

What is the Difference Between React Native and React?

One of the most common misconceptions about the React Native domain, particularly among entrepreneurs who are new to the department, is determining what distinguishes React Native from React – the closeness in the first word leaves room for a lot of misunderstanding. Let us see how react native is different from react.

React Native is essentially React’s proprietary renderer, similar to how React DOM is on The Web. It uses native components rather than the web components that React employs as building blocks.

To begin working on React native app development, you must first understand the React fundamentals of JSX, state, components and props. If you’re familiar with React, you’ll still need to learn about React Native’s various native components. Apart from adapting React code to function on iOS and Android, React Native provides access to the capabilities offered by these platforms.

With the widespread misperception of React native cleared out, let’s move on to the more business-oriented question i.e. cross-platform vs react native.

Pros and Cons of React Native

We have highlighted the major pros/advantages and cons/disadvantages of React Native so that you can get an idea of when to use the platform and when to avoid it.

The major advantage of react native app development is that it uses a single codebase. The development team does not need to write code for two (or more) platforms separately; instead, they only need to code once and the program will be available on several platforms – Android, iOS, Windows and so on.

Because React Native is open source, developers can inspect the code. Furthermore, open-source nature libraries have become much more interoperable with platforms such as Windows suite or TvOS.

React Native’s Hot Reload feature is another advantage of react native. The capability allows developers to easily view how their changes are reflected in the device in real-time. They no longer need to push builds in order to notice the effect.

A native app’s major feature is to provide a high-quality user experience by being efficient and compatible with mobile phones. Applications built using React Native offer a faster loading time and a smoother experience, making it a popular choice. Apps designed with React Native provide excellent performance as well as aesthetic appeal, resulting in a superior user experience.

Although React Native is expanding its support scope to include many Native APIs, the number is still limited, as is developers’ ability to use all of the APIs.

It is one of the limitations of react native. React Native suffers from a severe lack of third-party library connectivity. To use the libraries, the development team must employ native modules, which increases the development burden even further.

The most significant slowness on React Native’s part is a lack of communication with the device’s native features such as the Voice Recorder or Camera, among others. To some extent, the alternative to the native framework that overcomes this problem is Flutter, however, nothing compares to the capabilities of native app development.

Hope the above points were enough to make you understand the pros and cons of react native.

Read a similar post on: What, Why and When Should You Use ReactJS

Given that Facebook originated and drove the development of the React Native coding language, it is one of the most well-known React Native applications. React Native was built as a result of Facebook’s attempt to broaden the benefits of online programming. Rapid iterations and the formation of a single product development team to convert into mobile apps were examples of such advancements. The company used it to create its Android and iOS Ads Manager apps, which were both created by the same development team.

Walmart’s iOS and Android mobile apps are yet another amazing React Native example. One of them was to rewrite its mobile applications entirely in React Native. After migrating to React Native, the functionality of both Android and iOS apps rose dramatically, nearing native levels. Furthermore, both apps are controlled and built by a single team and 95% of the codebase is shared between iOS and Android.

The app, which provides an interactive, streamlined experience with heavily tailored content, is also built on React native, with the intention of utilising the framework’s automated code refreshes and quick reloads. Intentions that were consistent with what was expected.

Instagram elected to use React Native in its existing native application beginning with the Push notification view, which was previously the WebView. Fortunately, there was no need to build the navigation infrastructure because the user interface worked quite well without it. Adopting React Native enabled product teams to enhance developer velocity by 85-99%.

The app aspires to be its users’ trip guide by providing a list of destinations that locals frequent. They chose React Native because of its sole focus on mobile user interfaces. The End Result – Because of the asynchronous JS interaction with a native environment, the app’s UI is incredibly responsive and fluid, which means it loads much faster than your typical hybrid app and has a smoother experience.

When to Use React Native?

What are the primary distinctions between Reactjs and React Native?
Reactjs is a JavaScript library that may be used on both the front end and the server. It can also be used to design user interfaces for mobile apps and websites.
React Native, on the other hand, is a cross-platform mobile framework that uses Reactjs to build apps and websites.
How will Native App Development Replace React Native?
React Native is a hybrid app that mixes Java, Objective-C and Swift components to offer a unique experience. Hybrid apps were first disliked by business owners because of their incredibly functional native components. However, with the introduction of React Native, it is now possible to mix these native components to build a hybrid app.
Can We Use React Native for web and mobile development both?
Yes! Developers can use React Native for the development of a single React Native app that works on Android, iOS and a web browser using conventional web technologies. However, because React (the ostensible ancestor of React Native) was designed primarily for the web, the initial need for such technology is debatable. The truth is that the foundation of a mobile application differs dramatically from that of a web app.
Is React Native for the frontend or the backend?
React Native is a component-based front-end framework that has revolutionised the building of web and mobile apps. By merging with JavaScript libraries, it provides superior user-friendly application development.
What is the best React Native backend?
There are numerous top backend services and frameworks accessible for React Native app development. Backend services such as Firebase, Parse and Backendless are among the most popular.