Home » Blog » Angular JS Vs. React JS: Which Is The Best Choice

Angular JS Vs. React JS: Which Is The Best Choice 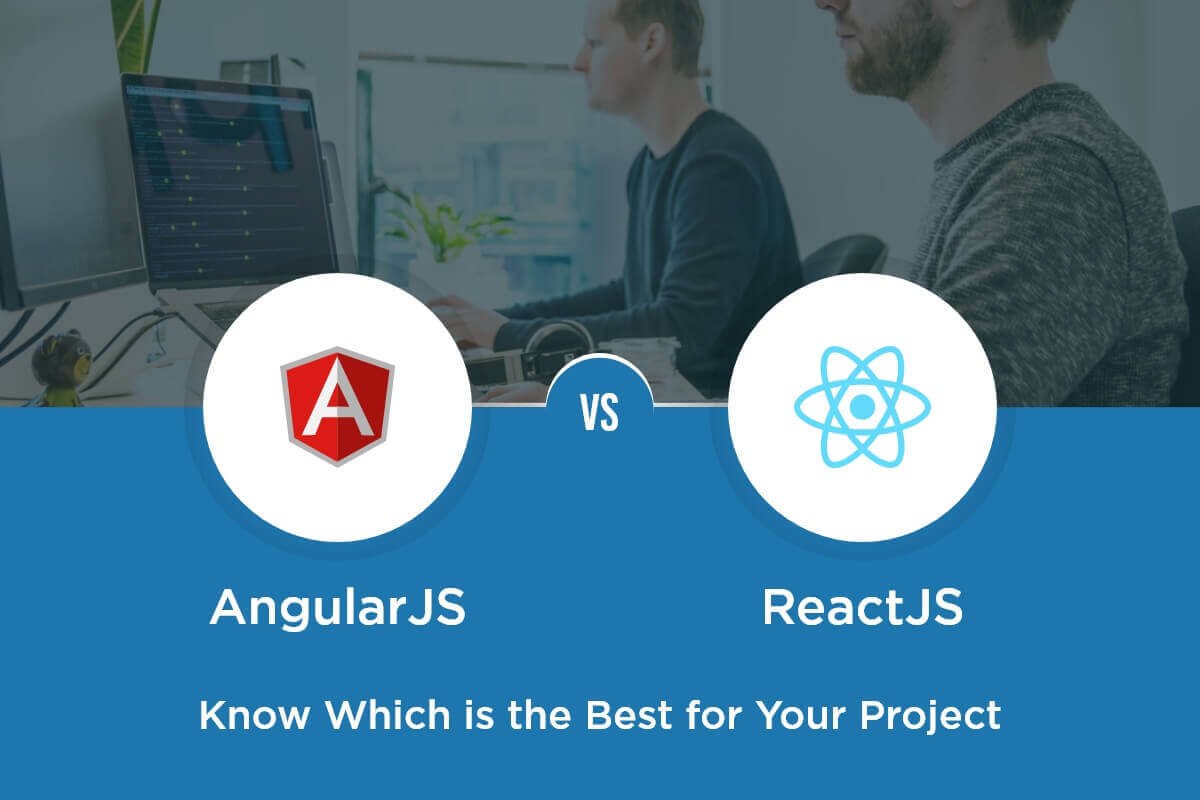 A web-app development framework is a structure or architecture of various coding libraries stitched together to form a basic skeleton on which the software developers can build the body of the app.

Javascript frameworks have risen to become a developer-favorite because of the versatility and ease of coding they embody. Choosing Javascript frameworks is a no-brainer because the functional base they provide eliminates the need for the software developers to build up from square one. They get a head start with the basic functionalities already incorporated in it, making it lightweight.

History and Introduction of ReactJS and AngularJS

Angular is the brainchild of Google, introduced to the developer market back in 2009 – which makes it over a decade old. It leverages the HTML language to help software developers create Single Page Applications (SPAs) that are dynamic. SPAs developed on Angular load through the webserver instead of from the browser, making them a bit akin to your typical mobile app – they do not need to be reloaded.

On the other hand, React JS is a framework launched by Facebook in 2013 that primarily focuses on building UIs that are fluid and interactive. This framework forms the foundation for React Native, which is a tool (another framework) for building mobile applications. React is popular because of its Hot Reload feature that allows software developers to see the changes they make as they go.

Angular vs React – The Best Choice for Your Project

Seeing how both frameworks offer great functionality and ease of coding to the software developer, it can be a bit confusing to choose one for your project. Let’s understand the key differences between React and Angular by way of looking at how they fare in various comparative parameters.

Also read our related post on Advantages and Disadvantages of AngularJs

Key Characteristics of Angular vs React 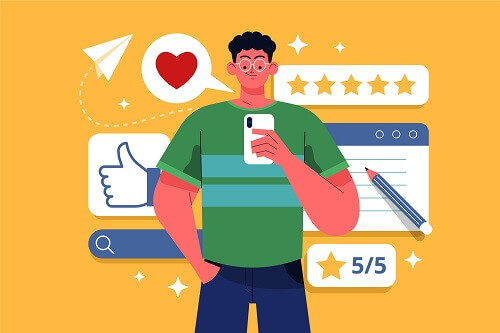 In a recent report published by NPM Trends, React has emerged as the clear winner in popularity based on searches and downloads: React stood at a whopping 11,999,046 downloads on October 31, 2021, whereas Angular had 517,017 downloads on the same date.

React, being a Javascript open-source library, has a relatively gentler learning curve because of its modularity, one-way data flow, and modifiable components. It is simpler to build large-scale applications on this platform as it isn’t “messy”. On the other hand, Angular has a steeper learning curve because of its MVC nature and debugging results that aren’t necessarily actionable – which makes it harder to understand and use with bigger projects.

The community response in React vs Angular Github repositories was as under.

As we can see that the community support is wider and more responsive for React. As per the report, the numbers of ReactJS developers are also increasing as compared to Angular.

React emerges as the winner here with its open-and-use tester, Jest. To use this framework you need zero configuration for code testing, which makes it easier to implement and also provides a prototype function. On the other hand, Angular leverages the popular Jasmine framework for testing. However, the results aren’t actionable and often difficult to understand.

If you are focusing on creating interactive, fluid, user-friendly apps based on mobile devices, then hire ReactJS development services, as this framework has the functionalities you need. If your software company looking at the development of web-based applications with lesser loading time and richness of design and features, AngularJS is your tool. 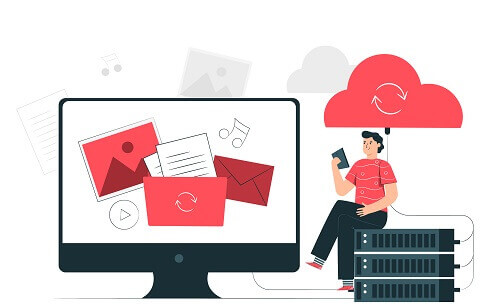 This is where Angular takes the trophy with its inbuilt commands and extensive CLI that enable upgrading and migration to other frameworks as easy as typing in a command. React also provides smooth transitions into newer and other versions, however, you may need a third-party library to complete the operation, which makes it necessary for software developers to search for a compatible one.

Angular relies on its extensive CLI to speed up the software development process by providing single-line commands to create components. On the other hand, React relies on third-party libraries to enhance the development speed and, hence, time-to-market.

AngularJS or ReactJS: Which is a Better Choice for Front-end App Developers?

The development of web-based or mobile-based apps has been on the rise consistently over the past few years. AngularJS provides a robust framework with an incomparable CLI, this makes it easy for companies to tackle software development complexities. Conversely, React enjoys wider community support, making it highly versatile, customizable, and simpler to work with.

When deciding on AngularJS vs ReactJS, consider the following technical points.

Angular bases most of its implements on commands to the CLI, making things simpler to execute. React bases its component calls on third-party libraries.

Angular works on two-way data binding that helps keep the values updated across all parent and child components with one change. React has unidirectional data binding that de-complicates the code and makes real-time changes possible.

Angular’s framework mostly deploys inbuilt components that can be called through is robust CLI. React is more open-source and uses third-party libraries in its architecture.

Considering that the app size is the same for both frameworks, Angular loads it faster, being web server-based; however, its two-way data binding cripples the performance. React employs virtual DOM to speed things up and enhance performance.

Angular supports dependency injection, making it possible to have a separate lifecycle for each store. On the other hand, React possesses a global state, and the data is shared across all components.

In React, the logic and templates are explained at the end of each component, making understanding them easier. Angular complicates this by giving each template its own attribute, complicating the directive on how the object must be set.

Angular vs React: Who is the Winner?

Based on holistic views, React enjoys better support and preference from the community as it is based on virtual DOM, employs versatile and flexible third-party libraries, and allows real-time changes using unidirectional data binding. Angular does provide a sturdy framework for software development, but its ease of use suffers. Consider the following scenarios when choosing:

Angular vs React: Summing Up

While Angular is the preferred choice for the hard-core developer cult looking for a full-metal framework, React is a lightweight platform meant for feather-weight applications. React doesn’t need much training or a steep learning curve; however, if you go with implementing Angular, you may need to hire an AngularJS development company.

Choosing one of the two should ultimately be based on the end product you wish to create, and the resources that you are capable of allocating to this development.

Which is better: Angular or React?

React is the better choice when compared to Angular owing to the lesser coding involved.

Which is faster: Angular or React?

React is faster as it employs unidirectional data-binding.

When to use Angular or React?

Why do developers prefer React over Angular?

Can AngularJS and ReactJS be used together?

AngularJS and ReactJS are both mutually exclusive platforms meant for different application development services; they cannot be used on top of each other; however, sharing utilities may be possible.