Home » Blog » Artificial Intelligence: The Birth and The Growth

Artificial Intelligence: The Birth and The Growth

Similar to its name, artificial intelligence contradicts nature. Intelligence, a complex term, defined by dictionaries as the ability to be logical, intrapersonal, interpersonal, linguistic, spatial, naturalist, musical and existential. On the other hand, artificial means to recreate the naturally occurring phenomena, hence,

Artificial Intelligence is an attempt to replicate the human brain that perceives, learns and reacts to its surroundings, according to the situation at hand.

When we say that a machine is intelligent, we refer to the machine having the capability to understand its self, its needs, believes and desires and also having the ability to empathize with the surrounding entities. We believe that it is capable of expressing with logical reasoning. However, this journey of establishing artificial intelligence has been bumpy, whose final destination is to create a program more intelligent than the humans themselves, seems too far ahead. Surprisingly, the start of this journey, seemed to be an inevitable mishap.

Like a wild flower growing out of the ruins and debris left behind after the Second World War, intelligence was reintroduced to the world. While the World War II destroyed everything around it like a vicious plague, it gave birth to the concept of artificial intelligence. It was a war fought by the most genius of minds, using their computational abilities as armor for battle. It helped the branch of computational science evolve from the invention of ENIGMA to the invention of its counter-part, the Turing Machine.

The Enigma machines were German electromechanical cipher devices, computed with almost 15,000,000,000,000,000,000 combinations, only one of them being correct for a single encoded message. This was used for sending military messages to the German troops on the battle fields. On the other hand, the Turing Machine, paired computational science behind code-breaking with a very human characteristic. The machine could talk to humans without them knowing and, as Winston Churchill put it, was the single biggest contributor in defeating the Nazi forces.

Read also : What’s Possible With Artificial Intelligence for Your Business

The mystery behind the true nature of artificial intelligence can be unveiled by delving into its history and going back to the era of 1950’s, when the British computer scientist, Alan Turing, posed the unresolvable question of, “Can machines think?” His most famous article, “Computing Machinery and Intelligence”, for the very first time ignited the relationship of computer science and psychology, which to this date is explored like an unorthodox romance, defying all odds. Alan Turing, drew the inspiration of combining computer science and psychology from an entertaining bar game, called the ‘Imitation Game’.

The rules of the game state that a man and woman would communicate with a judge through handwritten letters, seated in a separate room and the judge would have to guess the gender of the respective parties. The catch of the game was that the man would try to deceive the judge by playing a woman. Alan proposed, that the role of any one of the concerned parties, could be taken over by a machine, whose conversation wouldn’t give the slightest hint of it not being a human. Hence, the idea proposed, talked about the machine being intelligent in its attempt to imitate humans or even better than them. This laid the standards of the Turing test, based on which, the machines of the future would be judged of being intelligent.

Unknowingly, it also laid down the basic definition of ‘ARTIFICIAL INTELLIGENCE’, a term not adopted till sometime in the future. Though, the seeds of the concept of artificial intelligence, were sowed by Alan Turing, it wasn’t until 1956, an American computer scientist, realized the plants’ potential and decided to adopt it. In the Dartmouth Conference, John McCarthy, also known as the father of artificial intelligence, officially coined its name.

If you are in the quest of searching for the leading AI companies in India, contact us now.

In the 1960’s, with the world powers rushing to redevelop themselves and trying to gain a strong foothold in the world politics, they started focusing on artificial intelligence to exhibit their strength in terms of modern technology. The machines were able to perform exactly the tasks they were programmed to do with accuracy and efficiency. An industrial robot, Unimate, was used by the General Motors assembly line in New Jersey. It helped perform tasks deemed dangerous for human workers. Problem solving machines, also appeared in early 1960’s, namely, STUDENT and SAINT, which focused on helping students with algebra word problems and calculus, respectively.

In 1965, Joseph Weizenbaum, passed the Turing test to some extent, with the first ever interactive computer program (ELIZA) that could converse with humans in English like a human itself. Like a baby, slowly learning to adapt to the ever changing world, artificial intelligence, also evolved through time, gradually. In the early 1970’s, the machine for the first time was able to see, move and converse. It was the WATBOT-1 robot built in Japan. The scientists further explored on a robots ability to mobilize like a human, and came up with the earliest autonomous vehicles. It was a remote controlled slider, which moved the TV camera across the room. The possibility of using machines in several fields introduced us to WATBOT 2 in early 1980’s. It was able to converse, read musical scores and knew how to play music on an electronic organ.

In the late 1980’s, Mercedes- Benz, entered and set higher standards for the players in the field of artificial intelligence, by introducing the driver-less van, equipped with cameras and sensors. Though, mobilizing like a human, this van, couldn’t interact with any other obstacles or drivers on road, making it less intelligent than a human driver. Building on the works of the previous scientists, chatbot A.L.I.C.E, inspired by ELIZA, was released. However, it could use memory to learn and then implement the learned behaviour from previous experiences.

A similar robotic pet dog, helped people in finding a friend, who was able to understand and respond to its owner, through learning. However, a real break-through occurred, when Deep Blue, a chess playing robot, became the first computer system to defeat a chess world champion. This proved that its computation allowed it to be better than humans at the game of chess. Though, equipped with responses to a lot of different combinations of inputs, the computer system was able to generate new responses, without the ability to learn from experience. These moves were then taught to many new students, learning to play chess. The bright future ahead of artificial intelligence, also intrigued us, at Webline India to pursue the field forward. 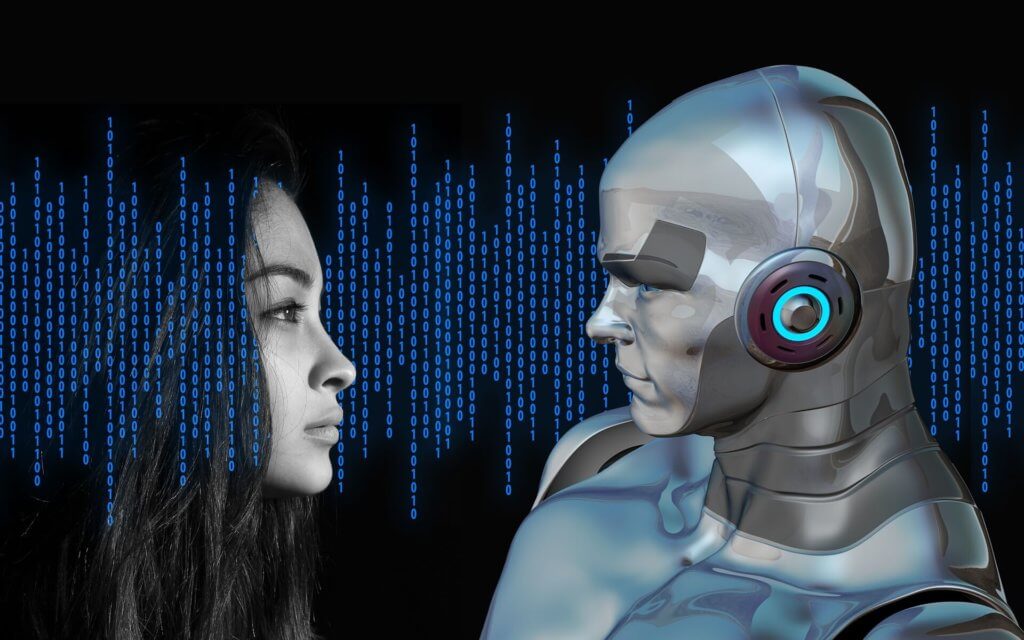 The Millennium of Artificial Intelligence

The new millennium came with a new tide of technological advancements in the area of artificial intelligence, with the Kismet robot washing off all the doubts regarding the future of artificial intelligence and its potential. Kismet was able to comprehend and show emotions with its face, using the carefully crafted eyes, lips, eyelids and eyebrows. The twenty-first century, also marked the introduction of humanoids in the world, with Honda’s ASIMO, leading the race. Resembling the basic human structure, humanoids try to parallel humans with their uncanny looks and their ability to perform tasks just like humans do. Breathing life into new adventures and researches, humanoids, representing the most extravagant victories of artificial intelligence, help to tap into fields where even humans don’t.

A humanoid mermaid robot, created by the Stanford Robotics Lab, reaches underwater depths impossible for a human to reach. Designed similar to a real human, this robots’ exceptional maneuverability has allowed it to explore ancient wreckages in the sea. Ingrained with the ability to navigate its way through any obstacles, using range sensing, stereo vision and other sensors, ATLAS, is capable of conducting tough rescue and search missions. Even we, WeblineIndia, one of the reputed AI development company have enjoyed innovating in artificial intelligence and playing our part. We have built knowledge powered systems that capture the minds of the experts which help in advising business firms in times of difficulty, along with preparing any kind of chatbot to suit the requirement of our customers.

What seemed like a fantasy and a cool discussion topic for debates about the future, is now a reality. A dream, dreamt by one person in eighteenth century, is now being lived by people of the twenty- first century. In an effort to recreate intelligence, the developers of artificial intelligence, will always have to prove themselves better in front of the questioning gazes of thousands of people and oh well, robots!

Are you looking for leading AI development company to develop your dream project?

We are one of the leading and renowned AI Services provider company that assist business to become smarter with its implementation. We convert your idea into reality with our experts.