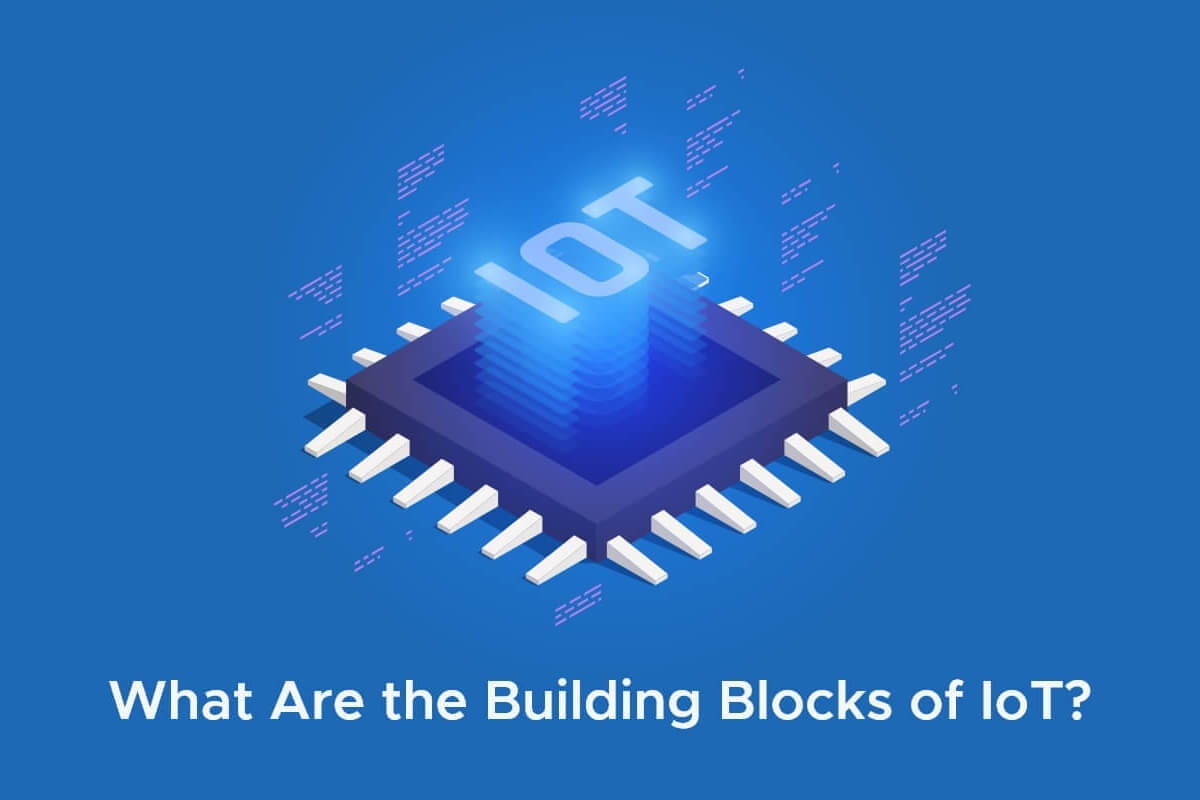 So now that we know what the Internet of Things is. Let’s go further inside to explore the building blocks of IoT. Here’s a direct link to understand the basics of IoT.

Following are the four building blocks of IoT system and they have their own characteristics. 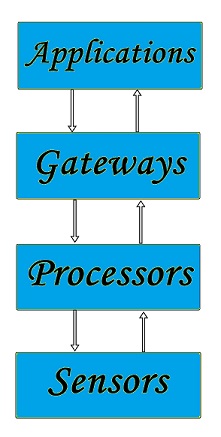 Sensors are the front end of the IoT devices. They really mean “things” in IoT. Their main task is to get necessary data from surroundings and pass it further to database or processing systems. They must be uniquely findable from there IP address because they are basic front end interface in the large network of other devices. Sensors collect real time data and can either work autonomous or can be user controlled.

As computer and other electrical systems, processors are the brain of the IoT system. The main job of processors it to process raw data collected by the sensors and transforms them to some meaningful information and knowledge. In short, we can say that its job is to give intelligence to the data.

Processors are easily controllable by applications and their one more important job is to securing data. They perform encryption and decryption of data.

Main task of gateways is to route the processed data and transfer it to proper databases or network storage for proper utilization. In other words, gateway helps in communication of the data. Communication and network connectivity are essentials for IoT systems.

If we summarize the elements of IoT then we can say that the raw data gathered by the sensors are transferred to embedded processors. Processors transform raw data to meaningful information and then again transfer it to remote cloud based applications or database systems via gateway device connectivity. It then transfers to the applications for the proper applied usage and also for data analysis via big data. 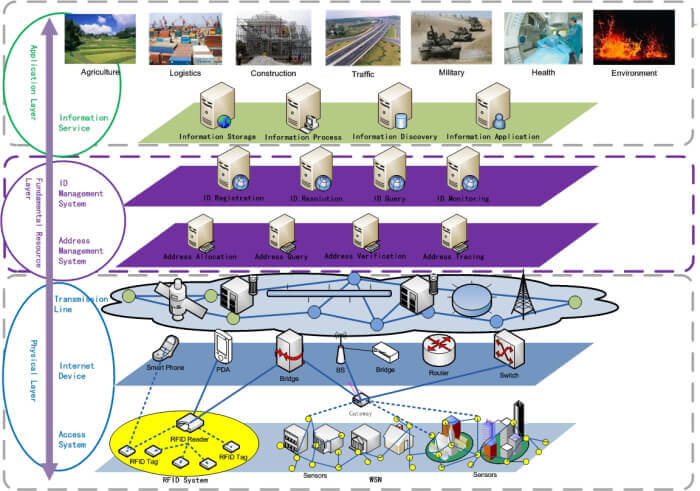 Physical Layer consists of the three kinds of devices. First is Access system, this system can have different sensors and RF ID systems to collect raw data. Second is Internet Devices, these devices are mainly used for communication. And last is Transmission Line, it consists of all the high end communication devices such as satellites, transmission hubs and data networks. Main purpose of Physical layer is to collect data and transfer it to proper cloud based applications and database application.

Application layer is the topmost layer of IoT architecture which does effective utilization of the data collected. These applications mainly work on information for rendering them in more meaningful manner.  This layer provides IoT services. Application Layer is responsible for securing information and data. Certain situations require immediate responses. This layer helps to do that by extracting information, managing the data flow and abstracting data.

We, at WeblineIndia – an Offshore IoT application development company, have been an early adopter of IoT technology and developed applications based on IoT.

If you are looking for developing any IoT applications, contact us to leverage the cost advantage by outsourcing to us.