Home » Blog » Oracle’s Java 16 is Here: Check Out All Exciting Features It Brings

Oracle’s Java 16 is Here: Check Out All Exciting Features It Brings 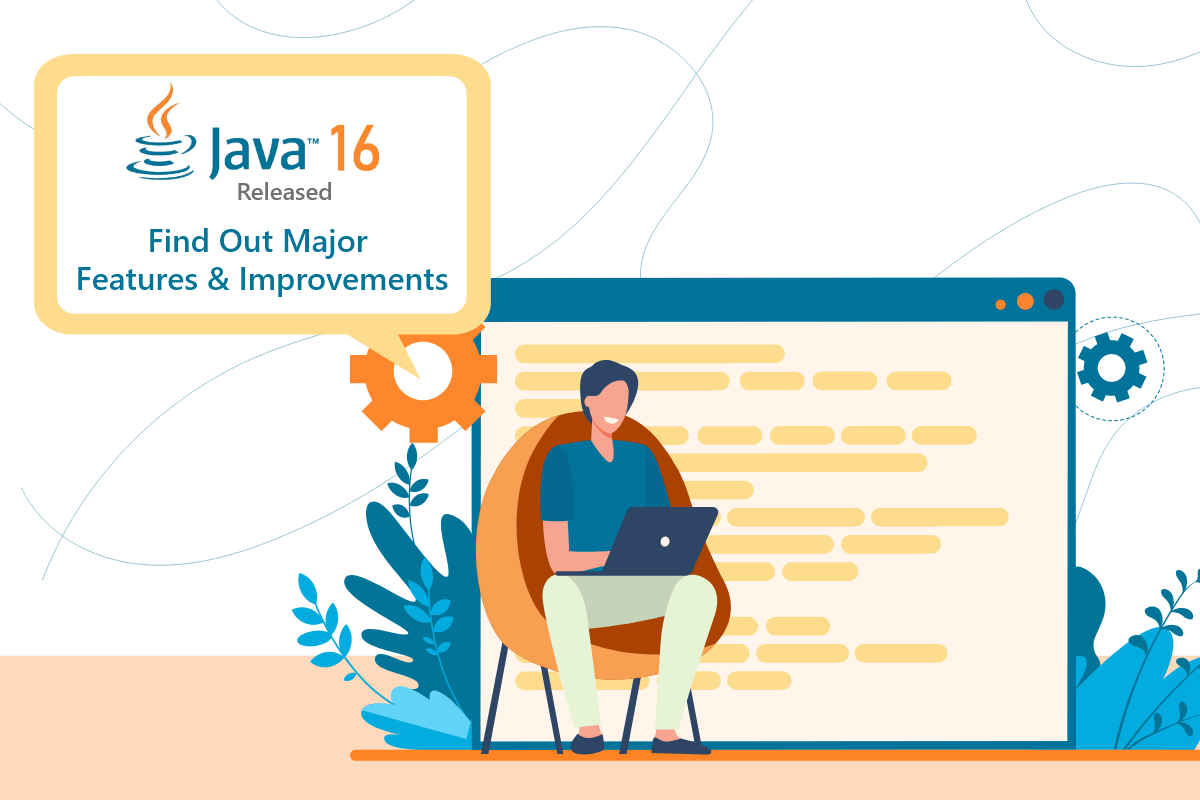 For the users who are new to Java development, before having a look at the new features/services of Java 16 let’s see the introduction of Java. Originally, Java was designed for the interactive television industry, but unfortunately, at that time, the technology wasn’t highly advanced for the television industry. The team members of java worked together to develop technology solutions for set-top boxes, televisions, etc. However, it was found that the technology is more suited for internet software application programming which led James Gosling to develop Java in 1995. Today, he’s known as the father of Java.

The main principles for establishing Java programming were platform-independent, robust, secured, simple, multi-threaded, high-performance, dynamic, and interpreted. With the advancements in technology and the extensive popularity of this programming language, numerous configurations are built to suit several different kinds of platforms.

Coupled with the capability to boost the platform’s performance, security, and stability, Java is still one of the most famous software programming languages among software developers.

The seventeen different JEPS provided along with Java 16 are grouped in six different categories. Let’s go through those new enhancements in this post.

As stated, the features are combined into six categories. Let us see the benefits Java 16 will provide to all Java development companies. They are:

Java remains to be the most successful software development platform available. One of the major reasons behind it is the continuous innovations in Java technology to address software developers’ needs in a Java development company. It also helps developers build modern Java applications/solutions successfully. With the launch of Java 16, Oracle continues to accept the best IDE vendors’ efforts, who provide effective tooling solutions to support the software developers for current versions of Java.

What exactly is the Java Framework?

The Java Framework is a set of predefined classes and procedures that can be used to process input, handle hardware devices, and communicate with system applications. It functions as a skeleton, assisting the developer in developing an application by writing their own code.

Why should you Upgrade to Java 16?

Begin by upgrading your dependencies on the previous Java version. That way, you can concentrate on making the dependencies work without having to upgrade Java at the same time.

Is Java an Obsolete Technology?

Java is not a fading technology. As of 2022, Java is expected to be the most popular and powerful programming language on the planet. In fact, 95 percent of businesses utilise it as their primary language and it is regarded to be the developer’s preference.

Should I do my Next Project in Java?

Yes, because java offers numerous advantages, including ease of use, debugging ease, package services, simplified work with large-scale projects, graphical data representation and improved user engagement. Swing and SWT have also been included. These tools enhance the appearance and sophistication of graphics and interfaces.