How To Manage Time Zone Difference When Outsourcing Software Development 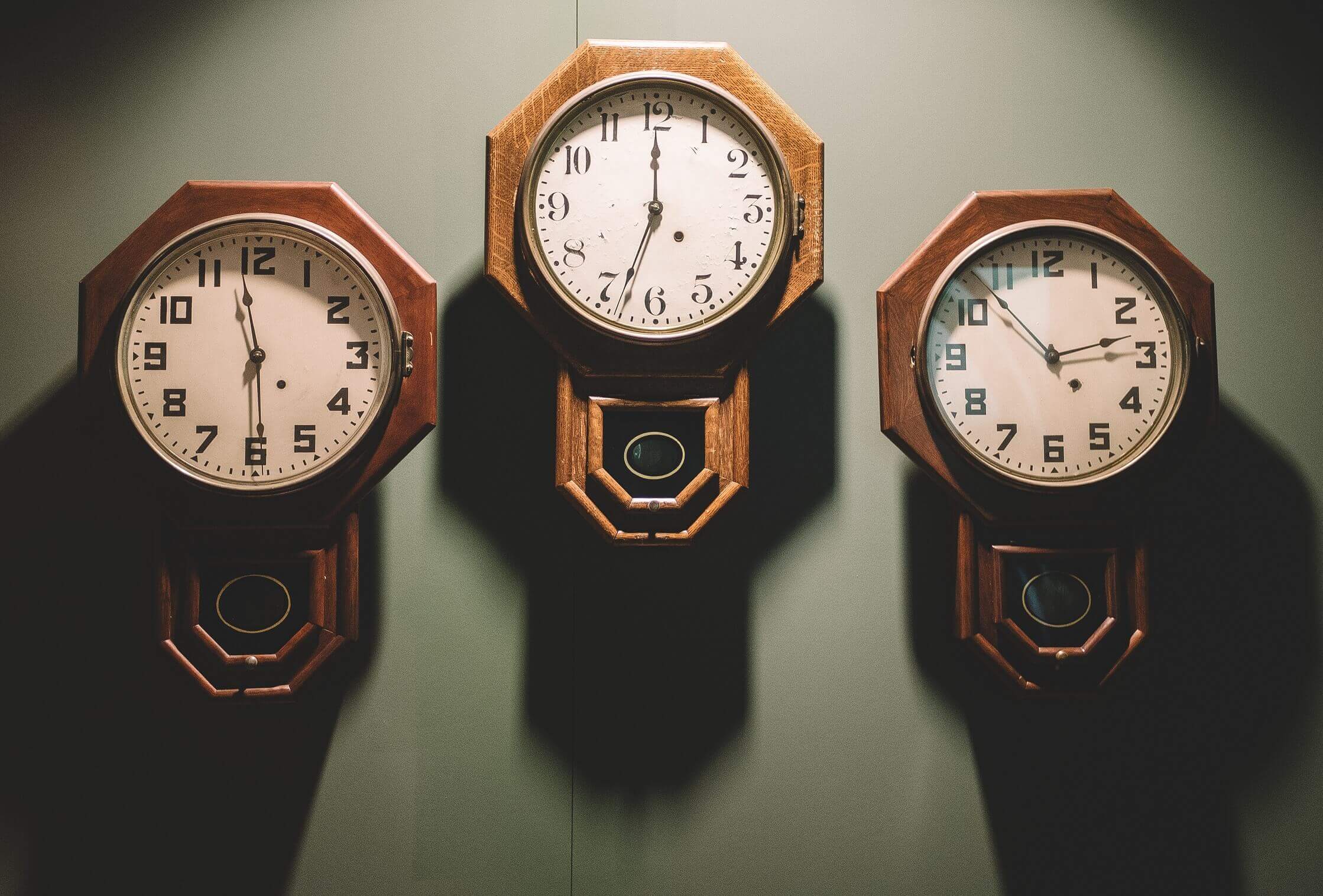 Geographical borders often proved to be a significant hindrance in way of the growth and productivity of every industry including software development outsourcing industry. But with the boom and advancement of the internet technology, geographical distribution is no longer a barrier for the software industry of 2018.

But outsourcing software development projects and working with developers residing in different countries has its own challenges and Time Zone difference is one such major challenge.

Besides being beneficial for software developers, outsourcing across different regions is also helpful for employers as hiring a proficient workforce from the same geographical location can be expensive. Additionally, the cost of hiring people from farther regions and countries and accommodating them in nearby areas is also high. Whereas several developers prefer to work from home and don’t like to move to larger distances.

Globally distributed software development has its pros and cons, on one hand, it’s extremely productive but similarly, it’s quite difficult to manage an outsourced working relationship. Let’s get an insight about the positive and negative aspects of software development outsourcing across different time zones.

Outsourced software development programs prove to be much beneficial for businesses in one way or the other. This fact is even supported by the researches which state that those organizations who focus on smart outsourcing gain significant benefits like good quality, cost-efficiency, innovation, reduced cycle time, etc. Businesses gain significant benefits when they make use of efficient approach while outsourcing projects across different time zones. Let’s check out a few of them.

For example, a US-based company when works with an offshore software company in India, there will be time zone difference of 12 hours and theoretically it’ll give an impression to the corporate customers that the project was developed utilizing 24 hours of the day. This also ensures uninterrupted work on the project, like if the company will assign a task in afternoon (US time), it’ll get it done in the morning as the developers in India worked on it while it was night in the US. 24/7 availability enhances the agility of the business and gives the business an edge over its competitors.

Large companies that continuously deal with developers and clients across different continents make use of “follow the sun model”; this model provides enhanced responsiveness, 24-hour development cycle and round the clock customer support. A quite similar approach used in outsourcing is “hands-on and Shake-off sessions“. This works the same way as follow the sun model; in this an hour before the end of one team’s working day, the other team takes up the charge and in that one overlapping hour, the previous team “hand over tasks and shake off their hands” for that day and this continues with other teams working in different countries.

Not all businesses possess all-inclusive in-house services to offer to their clients, for example, if a client demands eCommerce web application based on WooCommerce, but the company doesn’t have in-house Woo experts or the company’s Woo experts are busy with some other project; what should the company do? Refuse the client or take the project but jump into the hassle of hiring a new software development team? Both of these solutions aren’t practical; the easiest way is to outsource the project to an experienced ecommerce software developer.

Working with trusted offshore software developers further enhances the capacity of the businesses and let them say ‘Yes’ to wide-ranging projects. It broadens the spectrum of the organizations and allows them to offer new services to their clients with help of trusted offshore professionals at their disposal.

The diverse culture of software developers from different countries is an added benefit of distributed software development. Unlike those workers who are from the similar region, developers from different time zones bring rawness and freshness to the job; their differing perspective towards life, job-related aspects, and fresh ideas prove to be beneficial most-of-the-times for the organization.

One of the biggest advantages of software development outsourcing is its cost-effectiveness. For tricky projects, experienced and qualified software developers are needed who can proficiently handle the project but those senior developers have an expensive price tag attached to them. Though hiring inhouse software developers are essential but it’s not always a viable option in terms of budget. In such scenarios outsourcing is ideal to cut the cost and utilize the exceptional talent lying in the other corner of the world. Software engineers in developing countries are ready to work on comparably less wage and offer high-level proficiency to deal with development projects.

Even though benefits of working with software developers across different time zones are plenty, but there are always negative aspects of every positive situation which can’t be ignored, so is the case with globally distributed software development mode. Though these cons aren’t horrendous and can be dealt with proper measures, it’s better to get knowledge about them, so check them out:

Productive Communication is a real challenge while outsourcing software development projects across different time zones because the other person may not be of same culture, is not from the client’s office or city; he/she is out of the company’s time zone, probably in another continent and culture. Prolific communication is the key to success in such scenarios as it can make or break a software development project whereas asynchronous communication directly affects the workflow.

Communication is a blend of language, behavior, signs, symbols, gestures, tone and tenor which are used to converse with other people and this communication is highly influenced by the culture. For example, a professional or introvert attitude of one partner can be perceived as harsh or rude behavior by the other partner in light of his respective communication norms. Likewise, English is a globally used language for communication, but still accent differences and variations of UK/US English cause unnecessary hurdles in communication.

Software engineering styles of developers are greatly influenced by the local market of their region. So, if they’ll be residing in other country or continent, they won’t get the accurate idea of the market design of the client organization and may not be able to provide the desired outcome.

Although the Data Protection Act is active in numerous outsourcing destinations, security risks of making the task done in a different location are always there.

Despite infallible IT network protocols, there are always risks of exposing IP address to malicious people. Security and data breach risks multiply if the organization deals with personal data of its consumers and rope in a third party to deal with its software.

Companies need to be extra cautious while hiring freelancers to outsource their projects, as freelancers often over exaggerate their skills and abilities in their profiles, which can be misleading. And if the project is handed to them, they may not fulfill the client’s expectations and thus the project may fail or overrun.

Culture defines the pattern of knowledge, beliefs, attitude, language, and behaviors of the individual; they sometimes become a hindrance in the completion of the project. Occasionally stark differences in cultures and languages – like in the case of western v/s eastern culture – halt the development of the software project till the two parties get accustomed to the certain cultures, norms and social practices of each other.

Embrace the fact that there is a substantial time zone difference between you and your outsourced development team. Be time considerate in the output expectations from developers’ team. Plan meetings, calls and manage projects at the time which isn’t only suitable for you, but should also be appropriate for the developer.

When working across different time zones, the client should keep the urge of managing the tiny details of the project aside and trust the selected offshore team. Hire a professional team of software developers and let the team take the decisions and manage itself.

Companies before start working with offshore developer/s should establish some time zone rules; like whose local time will be considered as standard time and once decided, plan the meetings and set deadlines accordingly. It’s advisable to make the developer’s local time as the standard time to provide a relief to the partner.

Software development outsourcing is quite challenging because of the fact that the offshore software development team resides in the opposite side of the world and the anxiety of no face-to-face interactions and lack of physical proximity further intensifies the situation.

Managing outsourced engagement is no easy feat, but if organizations are clear about their requirements, expectations, and goals and appropriately communicate them to the outsourcing development partner, then several misunderstandings can be avoided. This will consequently influence the workflow and it will keep the project on track.

With outsourcing across different time zones becoming a norm over time; organizations should practice measures to effectively manage the globally distributed software development projects and efficiently utilize the exceptional talent settled in the other corner of the world.

If you have any questions about software development outsourcing, click here FREE consultation without any obligation.