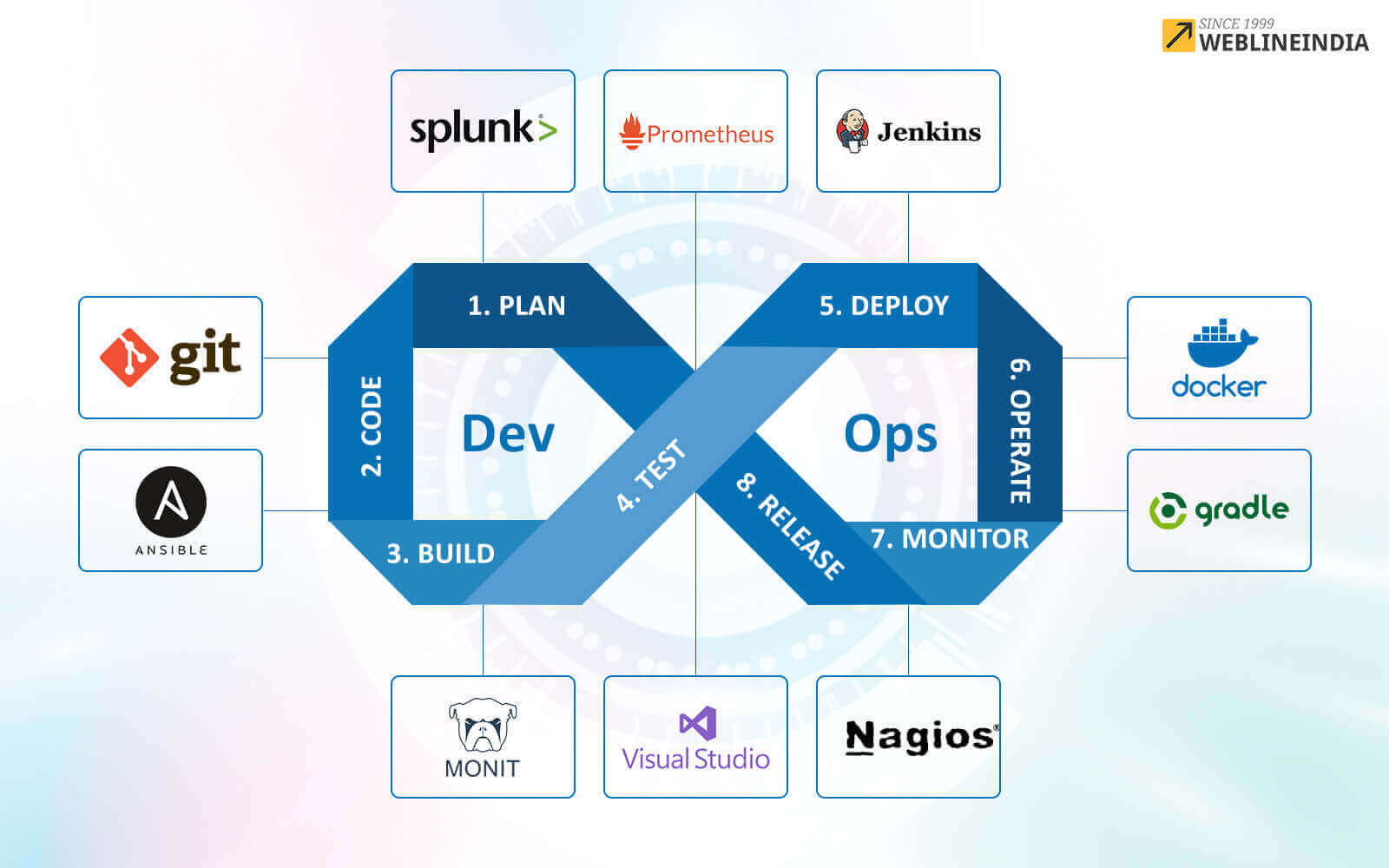 “DevOps is not a goal, but a never-ending process of continual improvement.”

This tool is especially designed to turn machine data into accessible and usable information for everyone. DevOps engineer can collect operations related intelligence from Splunk’s insights to streamline productivity. Splunk’s key features include system monitoring, provision of data backed analytics and production of actionable insights.

Prometheus is open source which has been designed to monitor services. It empowers DevOps consulting teams to gather metrics and also makes for a great alerting solution. Its primary features include generating graphics using time series data, scaling through functional sharing, alerting and automated notification handling.

Jenkins is a great DevOps tool that can assess and monitor repeated jobs. It provides flexible automation required by DevOps consulting team to make changes in the project and produce quick outputs. Jenkins is easy to set up and works with all major operating systems including Windows and OS X.

Docker is an integrated software suite that enables DevOps engineers to code, ship and execute distributed software. It enables software developers to put pieces of codes together to assemble the software. Docker can work with any stack, gets rid of conflicts, improves security and streamlines production.

Developed by Microsoft, Visual Studio is a feature rich integrated development environment or IDE for multiple platforms including iOS, Android, cloud and web. It is a DevOps tool which allows developers to write accurate code with context retention. Many DevOps companies recommend Visual Studio as an option to consider.

It is one of the simplest DevOps tools which helps to monitor if a particular process on a system is running properly. For example if there is any hiccup in Apache, Monit will restart the Apache system. The tool itself is really easy to deploy and configure.

This DevOps tool manages configurations just like Chef or Puppet. Although the other two have a wide set of features, both are more costly and difficult to manage. On the other hand, Ansible gets the job done at a much lesser cost of money and human resources. Ansible also allows you to write custom applications.

The solution born out of need for a good source control management software that supports distributed systems. Today GitHub is one of the most used DevOps source code management tool studded with a long list of versatile features. There isn’t any DevOps consulting provider who wouldn’t bring up GitHub when talking about open source code repositories.

Contact us now if you would like to Hire DevOps Engineer for DevOps Consulting. We can help you with that.

We are an ISO Certified Company !