Home » Blog » Top Reasons to Use Node.JS Development for Your Next Project

Top Reasons to Use Node.JS Development for Your Next Project 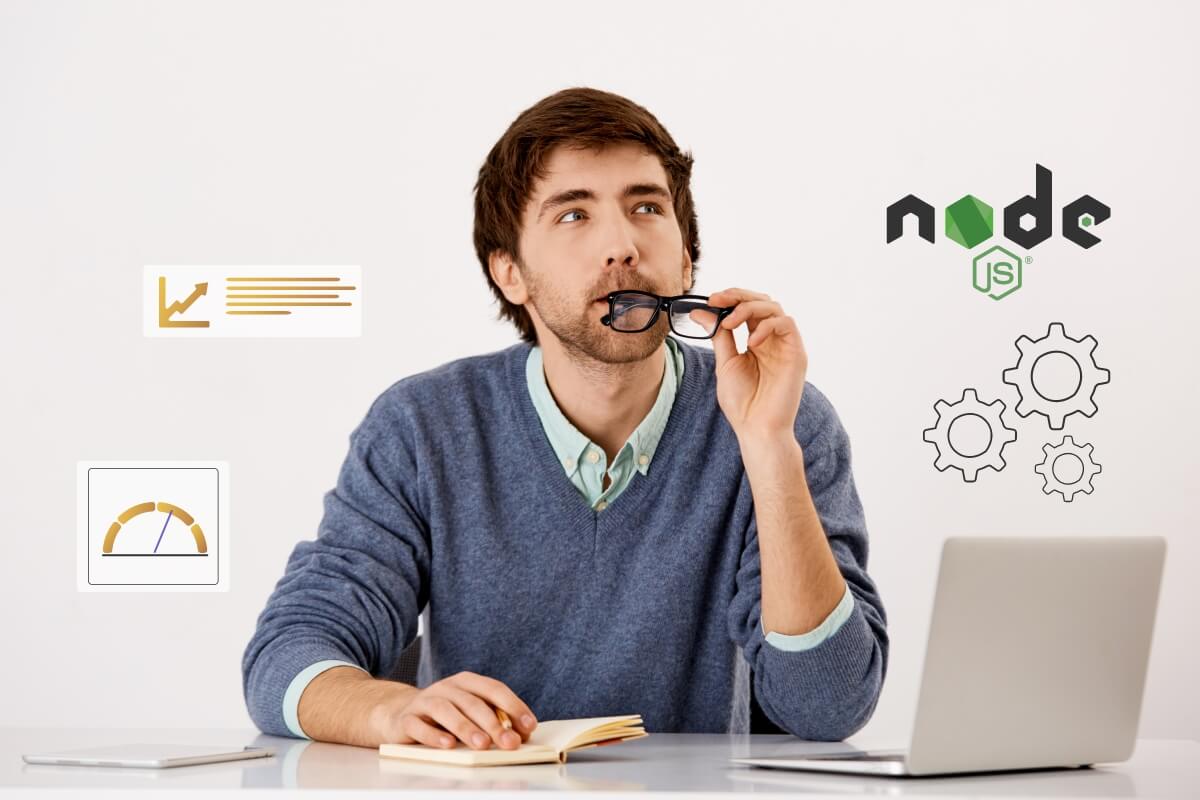 Javascript’s potential to the developers is one of the major reasons developers swear by the benefits of Node.JS for web app development. It offers a bundle of intelligent features that are advantageous for software developers and users. Using Node.JS can get a bit difficult for a novice, and they may believe that there is too much technicality involved. However, it doesn’t mean that Node.JS is confusing. It helps to accomplish a job conveniently by incorporating 2-way server communication. As a result, Node.JS has evolved as an ideal choice for web developers to develop robust applications.

How Node.JS Can Benefit Businesses?

You can employ Node.JS to extract much more beyond expectations. Choose Node.JS to generate dynamic content of deleting and creating files on varied servers.

There are several ways in which Node.JS has been benefiting businesses for years now. One who has already worked with Node.JS knows that it is one of Javascript’s best verticals, which makes the life of web developers easy. Node.JS development services are fast, efficient, powerful, and offer a web server that scales. Moreover, Node.JS offers numerous benefits because of several top app development companies.

You will see several sites developed with Node.JS, and numerous global brands have also employed it. A few such companies are Healthline.com, Dictionary.com, Flickr.com, and Thesarus.com. By now, you must have understood that Node.JS has much more to offer to developers. Find out the reasons why you should use Node.JS web development for your next development project.

Top Reasons You Must Use Node.JS Development 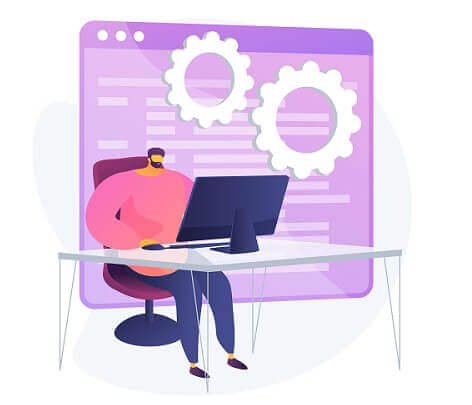 A javascript-based system is great in itself. Developers are already familiar with a similar coding type. Hence, they quickly understand the concepts of Node.JS, making it easier to comprehend. In addition to that, the same language is used in the Node.JS system both for the client-side and server. In short, developers do not need to learn two different languages.

Web Development Projects often face difficulties while collaborating. This may slow the project down as well. When it comes to Node.JS, it includes the feature of synchronization, which makes it easier for developers to manage codes of client-side and server-side. Using the same language for both sides makes it convenient. As a result, coding becomes convenient.

Node.JS is so popular because it has a rich library full of modules. The tools are easily found in the Node Package Manager. The developers get several pre-coded functionalities, which makes the development procedure cakewalk. Utilize the packages offered, so those common functionalities are fulfilled, and your coding becomes convenient.

Web Development with Node.JS is comprehensive, and you need to write just a few lines of code. In a study by Jeff Harrell, it was concluded that the Node.JS development team utilized 33 percent fewer codes to deliver results that were comparable to other coding languages. The development procedure speeds up with Node.JS, and it also keeps your code tighter. 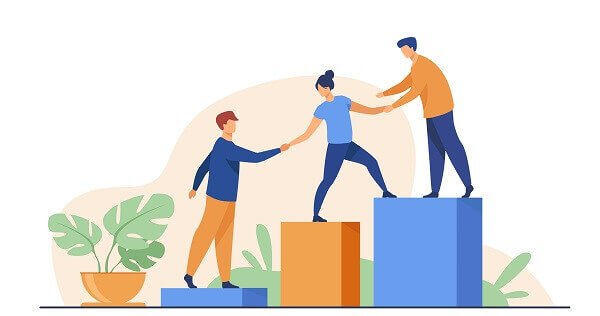 Because of its popularity, the software development team of Node.JS is vast, and its developers always keep looking to produce new modules every single time. Additionally, developers will find numerous active forums for Node.JS to freely ask questions from other developers to clear their doubts. Moreover, several leading organizations are supporting it, including Uber, Medium, Trello, etc.

Developers believe that applications developed with Node.JS are faster than those developed with other languages. A few consider it as one of the most appealing languages. The best part about Node.JS is that it operates only on one thread, and several concurrent connections are handled at once. Utilizing Javascript makes transferring JSON data easy.

A successful web application development essentially needs I/O handling which is top-notch. If you use web frameworks that treat HTTP0 responses and requests as whole requests objects, the process gets difficult. Node.JS handles the I/O process conveniently and makes it easy for the users to transcode media files simultaneously. HTTP is hence handled very easily.

The productivity feature of Node.JS is multidimensional since one should not have the perspective to comprehend Node.JS developers to be highly productive in Java as they can handle the compile-time error. It also enhances productivity by blending in backend and frontend teams. As a result, the process of product development speeds up.

Your web app should not lose out on the SEO game at any cost. You will develop it in such a way so that SEO stays intact. When websites are rendered with Node.JS on the backend, they gain more visibility. This is because search engines are capable of optimizing React Projects handily. SEO games get better with high-speed and top-notch performance. Moreover, it also delivers a quality user experience.

If you realize that you will need Node.JS apps at any stage of your web development project, then it is a no-brainer since you will not have to think about any other platform. Node.JS offers comparable solutions for projects. It works great for projects that require a dedicated app for their programming environment. Node.JS is a reliable framework that makes the completion of projects skillfully simplified.

Numerous Developers are gradually moving towards Node.JS; the demand for hosting services is also growing because of their projects’ needs. Several PaaS service providers like Modulus and Heroku are authorizing the deployment of several Node.JS projects. This is not creating an issue for the hosting needs of developers.

Numerous businesses are embracing this unique technology more in their production. This is usually because of a plethora of advantages that NodeJs offers over other coding languages. Industry experts are also using this technology to get their web apps ready from a Node.JS development company. Let’s find out which successful businesses are using this amazing coding language.

Trello is a well-known app used to manage projects efficiently. Do you know? The server side of this app was built in Node.JS. This is a good solution as this app gets the benefits of a non-blocking, event-driven server. It also proved beneficial when there was a need for a single-page app by the company to prototype. Node.JS helped them to start nicely.

One of the largest employment-oriented networks and a social networking platform effectively comprehended Node.JS’ significance, and it was just in 2019 that their backend was shifted from Ruby on Rails to Node.JS. After switching, the team concluded that their new app is ten times faster than their previous one. In addition to it, they were also able to develop it quicker than ever.

The introduction of transportation facilities provided by Uber has relieved consumers who kept looking for ways to travel. The venture is utilizing several programming languages and tools to engineer its app. That said, Node.JS is one of the crucial cogs in the operations of this company. This is because it plays a vital role in scaling up their services in line, as the demand for such services is rising.

Walmart has also started its online retail market. It has also decided to shift its operations to Node.JS. Walmart believed Node.JS to be a very trending technology and is ready to take every risk involved. It later concluded that the risk was worth taking. Their mobile app was re-engineered using Node.js so that they can add sophisticated features for their clients.

Find out how you can leverage Node.JS effectively for your next web development project and attain numerous advantages.

For your Next Project, Use Node.JS App Development For

Modern-day apps developed are generally heavier than ever. It is usually so on the client-side while processing data. Use Node.JS effectively to share data between the server and the client. Moreover, use it even to develop single-page applications.

Enabling Chats/RTAs – For all real-time applications that are lighter in weight, Node.JS is really beneficial. It makes the entire process of chat software, messing application interfaces, Twitter, etc easier than ever. Obtain maximum benefits from its extremely simple interface and the capability of being extended on various devices.

Proxy Deployment – Deploying Node.JS is a beneficial process when you have too many connections. It will handle all connections effortlessly, and it will also not block anything. This method works well when developers are to develop an app that is based on external services. It helps to either import or export larger data chunks.

Dashboard Creation – For the engaging audience in your web app, one of the greatest ways is incorporating dashboards. Node.JS helps significantly to create and monitor web apps. Moreover, Node.JS is a boon that has the capability of blending to track user actions effectively. The best part about Node.JS is that it can make way for apps to visualize real-time interactions. Moreover, Node.js responds to it according to user behavior.

The framework of Node.JS Javascript is very famous among startups. Nevertheless, tech giants are also leveraging this programming language’s benefits to make their apps stand out in the industry. Brands like PayPal, Netflix, eBay, Microsoft, etc. Node.JS is used as a framework to develop feature-rich apps. Smart web applications are built by several IT Companies to offer the best features in their web apps.

Hire Node.JS Developer to get smart solutions built when it comes to web apps. They will take all your hassle away by providing the required solutions. Countless possibilities are created by technology in the development field, and companies can’t wait to experience them all. Node.JS is an excellent alternative for creating web apps quicker than ever. It will help shrink the turnaround time of all your projects, and at the same time, help level up the output. With Node.JS, both developers and users can utilize web applications to their full capacity. Leverage Node.JS today to obtain desired results.

How Can NodeJS Help Businesses?

Is NodeJS a viable long-term investment?

Yes, because Node is one of the most widely used frameworks. NodeJS is undeniably a cutting-edge technology. Many of the top web development companies have already used NodeJS.

What kind of projects can I make with NodeJS?

A few examples of projects that can be accomplished with NodeJS are listed below:

Where NodeJS is frequently used?

NodeJS is best suited for applications that require a lot of client-side interaction. Client-side queries are swiftly processed by Node web servers, which give rapid responses. As a result, the app can serve a large number of users without making them wait long for the page to load.

Why are large corporations using NodeJS?

One of the goals of NodeJS’ development is to provide a more scalable alternative to Apache. As a result, scalability is built into the foundation of NodeJS. In order to prepare for business expansion, large firms that use NodeJS require scalable software. NodeJS can handle several connections at once.

Are NodeJS programmers in high demand?

NodeJS Developers are in high demand, especially in the web development industry, according to the current IT trend. The popularity of NodeJS stems from the fact that it is a server-side language that uses JavaScript to write code.